A couple weeks ago I posted  What are emotions? The purpose of that post was to recommend Dr. Harry Binswanger’s lecture course on emotions, but I realize now that the headline may have mislead some readers into expecting an answer to the question, “What are emotions?”.  Fair enough.  Here then, is a brief overview of what emotions are.

By way of preamble I’d like to ask, why is it that a phenomenon so integral to every single human, is so little understood by most of us?  Google the question “What are emotions“, and the top five links, and how each source defines emotions, are:

No definitive definition.  Waffles on about “current theories”.  Some interesting info on the physiological experience of emotions, but nothing really helpful in answering our question.

Mostly the same, but at the beginning of the fourth paragraph, we get this:  “Under almost every explanation of emotions is the premise that they’re a naturally-occurring response to a situation”  That is at least a step in the right direction.

Getting better.  They lead off with a definition.  Yay.  It is:  “Emotions are specific and intense psychological and physical reactions to a particular event.”  Getting better, but incomplete and inaccurate.

As you’d expect, lots to wade through.  Under “Definitions”, this:  “Emotions have been described as discrete and consistent responses to internal or external events which have a particular significance for the organism. Emotions are brief in duration and consist of a coordinated set of responses, which may include verbal, physiological, behavioral, and neural mechanisms.  Emotions have also been described as biologically given and a result of evolution because they provided good solutions to ancient and recurring problems that faced our ancestors.”  Vague, ambiguous non-committal and not especially helpful.

Nothing.  It’s a site for kids I think, but still, you’d expect some kind of definition.  Nope.

Google’s search algorithms have been honed to provide the best possible answers.  In this case that “best” is not much help.  Admittedly, the above “research” is just an indication, but I think the point is made.  Emotions are not accurately or widely understood, or, at best, the general understanding of what emotions are is “fuzzy”, unclear, not definitively defined, as it were.

Let’s fix that, starting with a proper definition.

An emotion is an automatic and subconscious psycho-physiological response to a perceived entity, event, or situation.

For you to experience an emotion, there needs to be a stimulus and a response.  You have to recognize something (the stimulus) and you have to make a value judgement about that thing (the response).

The thing is, you can be wrong on both counts.  What you think you perceive may not exist at all, or may be something else, and you may be mistaken in judging that it’s good or bad for you.  Because emotions arise sub-consciously, unless you consciously check on them (through introspection), you may be experiencing an emotion that has no basis in reality.

For example, a woman driving past a cafe sees her husband lunching with an attractive young woman.  She assumes an affair (the stimulus – what she perceives) and feels anger (the response – her value judgment).  As it happens, the woman is her husband’s new boss, flown in from out-of-town for an impromptu visit, and he’s getting a promotion.  Lucky our heroine didn’t confront her husband there and then!

Or, maybe only the value judgement was wrong.  Maybe it is true, he’s having an affair, but ultimately their relationship is doomed anyway so this is no reason for anger; our heroine should make a different value judgement; she should feel relief, because finally they’ll bring their situation to a head, part ways, and get on with their respective lives.

The same thing can mean many different things, depending on the perceiver.

The other thing to note is that the same thing, event, or situation can hold very different meaning, and therefore elicit a very different response, depending on who is doing the perceiving. 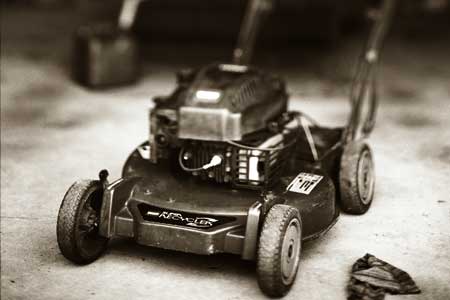 What does it make you feel?

Probably not much.  But, what if you were:

In each case your emotional response would be different.

Why does all this matter?

It matters because many people act on their emotions without examining whether what they’re feeling is reasonable, and therefore sometimes behave regretfully.

It matters because painful negative emotions are often based on perceptions that have little basis in reality and could be negated with a little introspection.

It matters because emotions are nature’s way of telling us how we’re doing, but they can’t always be taken at face value, because nature also gave us free will, so we can be in error.

It matters because your value judgements, lighting fast and subconscious, are based on the beliefs, ideas and values that you’ve built up over the course of your life, and if you’re holding on to false ideas or irrational values, your emotions will be skewed, and might be leading you a merry dance.

It matters because the part of your brain the processes emotions works faster that the part that thinks, so you sometimes act on wrong emotions before you stop to think things through.

The bromide that you can be rational OR emotional, is false.  Your emotions can and should be based on rational premises and reasonable value judgements.  Emotions need not be irrational, but unexamined ones sometimes are, and therefore, as an unexamined spur to action, can lead you to make false moves.

It matters mostly because if you are going to take the lead, in your own life and in any organization, you need to understand how emotions work; in yourself, and in others.  Most people act blindly on their emotions.  Leaders who understand that are in a far better position to judge what people are doing and why, and have a powerful tool to intervene and assist when negative emotional behavior is disrupting the team.

Emotions are the vehicle that both allow you to experience success, through feeling happiness; and that steer you towards the reasons for it when you are unhappy; that is, unsuccessful.  Understanding what makes you feel the way you do is a critical life and leadership skill, and it starts with introspection.

Are you in the habit of introspecting?  Taking time to examine what you feel and why is the first step towards really understanding your self and shaping your character.  And it’s not all about understanding why you feel blue, or angry, or jealous, or guilty.  Knowing exactly what makes you happy is even more important, so you can do more of the same!

In a future post we’ll look more closely at introspection; at how to identify emotions, deal with the negative ones, and move towards feeling more and more positive ones.

We’re also working on an “Emotions 101” app, so stay-tuned.  Subscribe, so you don’t miss a thing.